According to a March 31 news release, in an effort to help Manitobans deal with the financial uncertainties caused by COVID-19, the government of Manitoba will freeze the pharmacare deductible rate for the second consecutive year. The rate for 2021–2022 will remain at 2019–2020 levels. The annual deductible is determined by multiplying the adjusted total family income for 2019 by the applicable deductible rate. Pharmacare will pay 100% of eligible expenses after the minimum deductible of $100 is met.

The following table provides a breakdown of the deductible rates:


Impact: Private plans that cover the employee deductible for eligible members will not experience increased costs for the 2021–2022 benefit year.

Update on biosimilars in British Columbia

As previously reported in GroupNews in 2019, British Columbia PharmaCare introduced a Biosimilars Initiative in 2019 to move patients from biologics to biosimilars for specific indications. Effective April 7, the government is expanding the initiative to cover individuals being treated with Humira to an adalimumabe biosimilar brand such as Amgevita, Hadlima, Hulio, Hyrimoz and Idacio.

Impact: From December 1, 2019 to November 30, 2020, the British Columbia government spent approximately $94 million on coverage for Humira. As the biosimilars are at least 40% less expensive, this can produce significant savings for the PharmaCare program in the province. The impact for savings on private plans will depend on how the drug plan is integrated with the provincial pharmacare program. 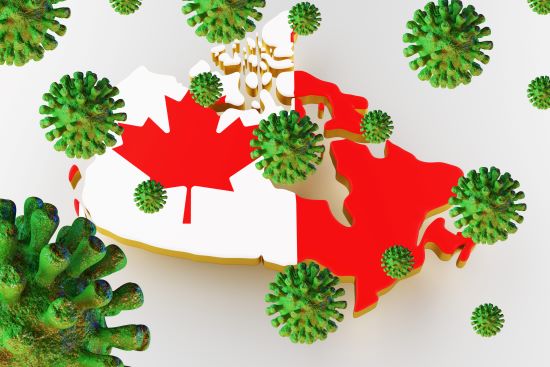 On March 31, 2021, the federal government published regulations amending the Canada Labour Standards Regulations made under the Canada Labour Code to increase the length of federal COVID-19 leaves from two to four weeks unpaid leave for employees who:

Job-protected leave to care for a child or a family member who required care is also increased to
38 weeks (previously 26 weeks).

Impact: Federally regulated employers will need to ensure they comply with benefits continuation requirements under the Canada Labour Code.

Impact: Governments across the country as well as the at the federal level have placed an emphasis on rebuilding healthcare systems that have been strained to their limits due to the ongoing COVID-19 pandemic. While most of the recent budget proposals do not directly immediately impact private plans, the focus on reducing wait times, increasing funding for mental health initiatives and improving access to frontline and virtual healthcare in the face of the pandemic will be welcome news for employees and residents across Canada. More is to come on the extension of EI sickness benefits.

Data shows willingness to receive the COVID-19 vaccine in Canada 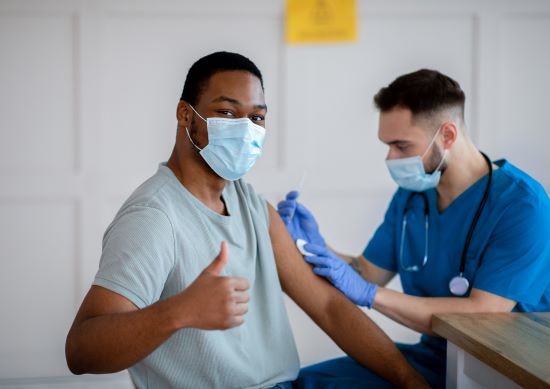 With most provinces in Canada in the midst of the third wave of the COVID-19 virus, data from
Statistics Canada shows the increasing willingness of Canadians to receive the vaccine as the pandemic continues.

According to the study, while more than 75% of Canadians reported a willingness to receive the vaccine in September 2020, 80% reported they were somewhat or very likely to get the vaccine during the period from November to mid-December. There was some variation across the provinces with Prince Edward Island, Nova Scotia and British Columbia each reporting above the 75% Canadian average.

Willingness to receive the vaccine also varied slightly with older Canadians age 65 and older being slightly more willing at 82% to get vaccinated compared with  75% of those 12 to 64 years of age. Willingness to get the COVID-19 vaccine also varied markedly for diverse groups of Canadians. Among groups designated as visible minorities, willingness to get the COVID-19 vaccine ranged from  56% among the Black population to  82% among the South Asian population.

Impact: The willingness of Canadians across the country to receive the vaccine might be a predictor of our ability to eliminate or diminish the threat of COVID-19. Vaccinating the majority of Canadians is likely to contribute to recovery for the embattled healthcare system and allow for return to addressing other medical issues in a timelier manner.

In November 2020, Canada’s Accounting Standards Board (AcSB) announced final amendments to Section 3462 -Employee Future Benefits of Part II of the CPA Canada Handbook (CPA 3462). Along with clarifying the measurement of the Defined Benefit Obligation (DBO) for retirement and post-employment benefit plans that are required to prepare a funding valuation, the amendments also remove the previously permitted use of a funding valuation method and assumptions for defined benefit (DB) plans without a funding valuation requirement (unfunded plans). The amendments are effective for annual financial statements beginning on or after January 1, 2022, however, the AcSB is encouraging early adoption.

In some jurisdictions, pension benefits legislation now requires an explicit Provision for Adverse Deviation (PfAD) to be included in determining the minimum funding requirements of a DB pension plan. These amendments to CPA 3462 clarify that measurement of a plan’s DBO would include all components of a funding valuation including, for example, any applicable explicit PfAD. While this clarification will be of interest to plan sponsors reporting an obligation for a funded DB plan, a potential greater impact to a plan sponsor’s financial statements may be for plan sponsors who have to report an obligation for an unfunded DB plan (e.g. non-pension post-employment/retirement plans) who currently report these financial results using a funding basis consistent with their other funded plans.

Impact: Plan sponsors reporting under CPA S3462 or CPA S3463 should consult with their actuaries to estimate the impact of these amendments on their plans, assess the options they have for their plan and its reporting and ensure they comply no later than fiscal years beginning on or after January 1, 2022.